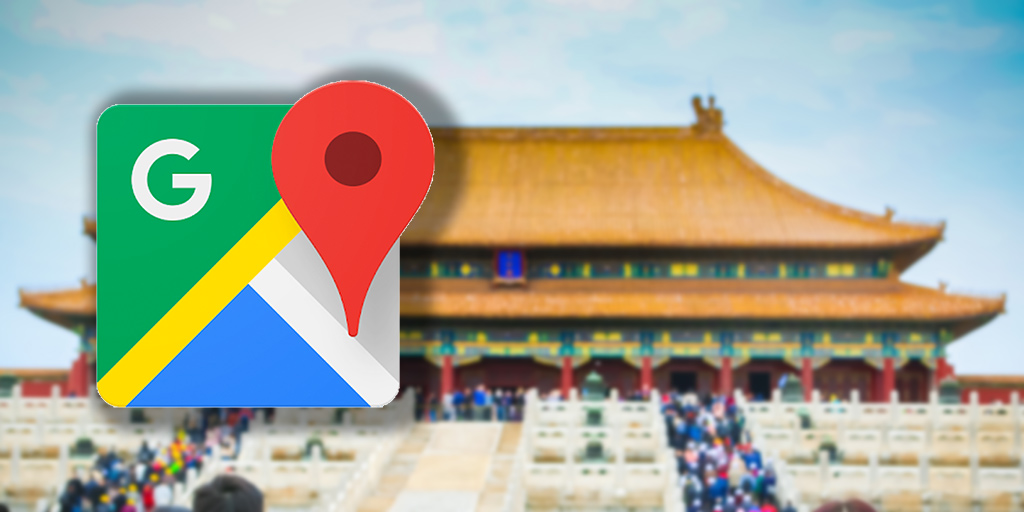 After smartphones became popular, most travelers today have stopped relying on paper maps. Mobile apps such as Google Maps have become an essential tool for people when traveling. However, for people planning to travel to China, there’s one common question: Does Google Maps work in China? Is it blocked in China? If so, what are the alternatives to Google Maps that I can use in China?

Can I Use Google Maps in China?

So the short answer is: You can’t use Google Maps directly in China.

How to Use Google Maps in China Even If It’s Blocked?

VPNs are tools originally designed to increase internet security. However, when people discovered that VPN technology can be used to bypass internet blocking, it soon became a popular tool for defeating internet censorship. VPN has become an almost must-have tool for international travelers to China as well as expats living in China.

With a working VPN, you can access blocked websites and services in China and you can use Google Maps as well. When you want to access Google Maps’ website or mobile app in China, just turn on your VPN and you should be able to use it as normal (the speed might be slower because accessing the internet using a VPN usually comes with the cost of a lower speed).

However, although VPN can help, there are two things you should know about using a VPN in China:

1. You should get a VPN ready before visiting China.

Most VPN provider’s websites are blocked in China. If you want to sign up a VPN from China, you might have difficulty doing so. Therefore, it’s better to sign up a VPN beforehand and get the software/app installed before you leave your country for China.

2. You should select a VPN that’s working in China.

Since VPNs are enemies of the Great Firewall, most VPN services are blocked in China as well. It would be a waste of time and money if you sign up for a VPN and then find it not working at all in China. Which VPNs work well in China? Based on our VPN testing done in China, we recommend the following ones (you can find our more detailed testing reports here):

VPNs That Work Well in China:

As we mentioned above, Google Maps is blocked in China and if you want to use it in China, the best way to do so is to use it along with a VPN. However, if you don’t want to go through the trouble of using a VPN (remember: without a VPN, you won’t be able to access other contents such as Twitter, Facebook, YouTube, Instagram etc. in China), you can consider the following alternatives:

Apple Maps is not blocked in China. This is good news for iPhone users. If you will be using an iPhone in China, as long as you can get internet access, you will still be able to use the iPhone’s Maps app in China.

Baidu Maps (百度地图) is a service provided by China’s internet giant Baidu. Baidu Maps is probably the most popular map app used by local Chinese and it’s free to download and use. Just like Google Maps, Baidu Maps provides direction, nearby search, public transportation info etc. in addition to showing street maps. The key disadvantage of using Baidu Maps is that it only supports the Chinese language.

MAPS.ME (MapsWithMe) is a mapping service that provides offline maps of the whole world, including China. MAPS.ME is currently accessible from China. When you open MAPS.ME in a place in China, it will first download the offline map for that location, which can be used later even if you’re offline. One advantage of MAPS.ME is that it supports English. MAPS.ME also support basic features such as searching and route direction etc., although it’s not as user-friendly as Google Maps.

Google Maps is blocked in China and you can’t use it directly in China. If you want to use it in China, the best option is to use it along with a VPN that’s working well in China (we recommend the following: ExpressVPN, VyprVPN, and NordVPN). If you don’t want to use a VPN, you can consider Google Maps alternatives for China such as iPhone Maps, Baidu Maps and MAPS.ME.